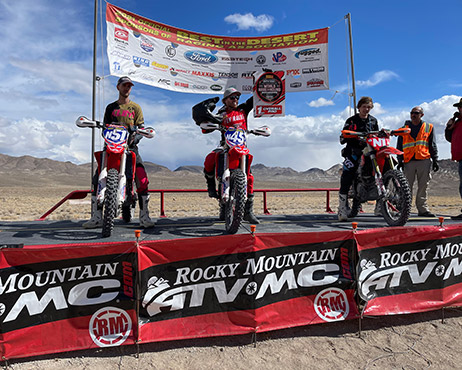 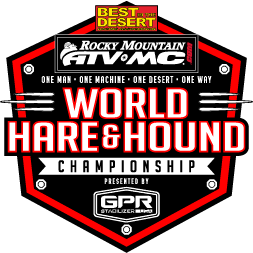 FOR IMMEDIATE RELEASE: LAS VEGAS, NV (May 24, 2021): Best In The Desert wrapped up the return of the race that launched the series 37 years ago over the weekend in Tonopah, Nevada.

The 2021 Rocky Mountain ATV/MC World Hare and Hound Championship Presented by GPR saw many of the nation’s top off-road desert motorcyclists competing for the title of “World Champion” and overall championship points. While unseasonable rain and snow flurries made conditions challenging, riders still showed up in great spirits ready to race.

The youth races kicked the event off bright and early on Saturday, May 22, 2021, with the 50cc Class leading the action. The race was dominated by the Garcia brothers from Tonopah, Nevada who clearly had a great time competing against each other. Brodi Garcia took first place in 35:26 with brothers Kellon and Eli rounding out the podium in second and third place, respectively.

The 65cc race followed and featured a six-mile course that tested the young riders under true hare and hound conditions. Peyton Maas took the championship title followed by Landen Ruano and Walker Segale-Vandover in a race that previewed the future of off-road motorcycle competitors.

The 85cc Class was the last youth race of the morning and these young competitors got a real taste of hare and hound racing as they rode on the first 37 miles of the big bike Hare and Hound course. Ethan Drake finished as the first place 85cc rider followed by Jett Lessing and Jordan Maas. Their experience will no doubt impact their future racing results.

The highly-anticipated big bike race got started promptly at 1:30 p.m. with the ceremonial “hare” Russel Pearson leaving the line three minutes before the first Pro wave. Russel had a bounty on his head with any rider catching him before Pit 1 earning a $1,000 bonus and a $500 bonus if caught before Pit 2. The entire Pro Class started as a group on one line, reminiscent of the days of traditional hare and hound racing. By the time the race started, the weather had warmed to the mid-50s making for ideal racing conditions. N94 Nic Garvin pulled the holeshot followed by N2 Nic Colongeli but was passed by N45 Joe Wasson early on. From there, the riders remained tightly packed heading into Pit 1. The “hare,” Russel Pearson was still leading at Pit 1 but Joe Wasson and Beta Teammate N51 Zane Roberts had closed the gap to just over a minute behind the “hare.”

In the run from Pit 1 to Pit 2 near Goldfield, Nevada, Wasson caught Russel and claimed the $500 bonus but clearly had his eyes on the bigger prize of winning overall. Wasson led at Pit 2 but only by a few seconds over Zane Roberts with N1 Hayden Hintz moving into third place. Winner of the first two rounds of the 2021 season, N94 Nic Garvin was struggling with a serious ankle injury suffered at the Jimco Silver State 300 and was toughing it out as best he could. From Pit 2 to Pits 3 the order remained the same.  Wasson held a steady pace pulling out a slight lead over Zane finishing first overall just 1:05 minutes ahead. The top three overall finishers were Joe Wasson, Zane Roberts, and Hayden Hintz. Nic Garvin crossed the line in fourth place securing hard-earned points towards the season championship. For the win, Wasson earned bragging rights as  “World Hare and Hound Champion,” and $2,250 in prize money.

The highly anticipated Women’s Expert Class did not disappoint with many of the fastest female desert racers in the country competing. The Stout sisters set a torrid early pace with Rachel leading followed by sister Rebecca just seconds behind into Pit 1. Rachel put in a rock-solid ride finishing twenty-seventh overall, an amazing finish out of all competitors and earning the title of Women’s World Hare and Hound Champion. In addition, Rachel earned $1,000 for her efforts. Coming in second place in the Women Expert Class was Best In The Desert #1 plate holder Kimberely Loppnow who finished just a little over four minutes behind despite riding with a flat front tire for over 80 miles. Rebecca Stout rounded out the top three Women’s Expert riders.

Finally, but certainly not any lesser in tough competition, #383 Branden Siebenhaar took home the Overall Amateur Class win ahead of Joshua Alexander and Ronald Norman.

“We are very proud to have brought this event back,” stated Best In The Desert CEO Daryl Folks. “Three years of planning and preparation led to a stellar event, one that we are confident will only grow from here. I want to personally thank each and every racer that came out and supported us. We very much appreciated all the kind words at the finish and  look forward to seeing everyone back next year.”

“A very special thank you to Rocky Mountain ATV/MC and GPR for sponsoring our event,” added Best In The Desert Race Operations Director Jeff Phillips. “The happy faces and gratitude expressed by all the racers made this more than worth the effort. I especially want to thank the town of Tonopah for welcoming us with open arms and of course, to our staff and volunteers. We definitely set a standard for hare and hound racing.”

Best In The Desert will be taking a brief break leading up the granddaddy of all off-road events the Maxxis Tires ”Casey Folks” Vegas to Reno Presented by Fox scheduled from August 11 to August 15, 2021. Full results from the Rocky Mountain ATV/MC World Hare and Hound Championship Presented by GPR can be found here. 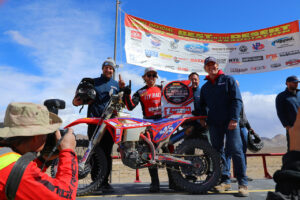 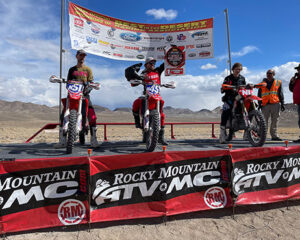 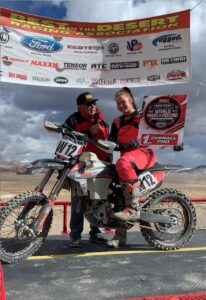 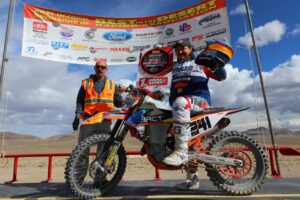 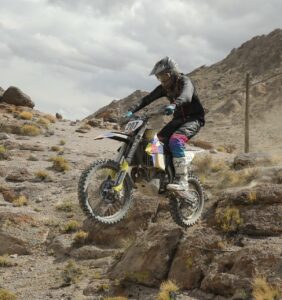 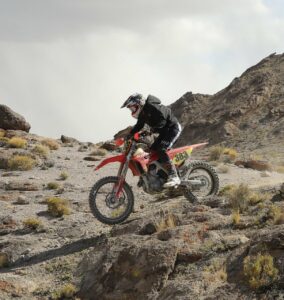 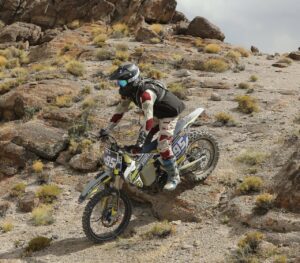 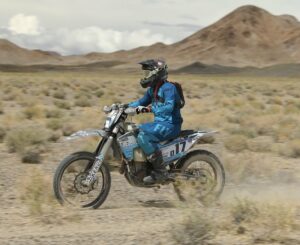 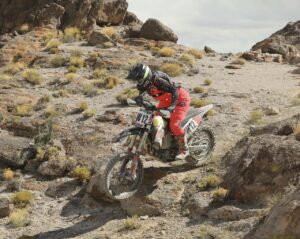 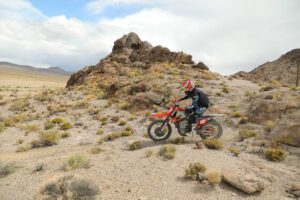 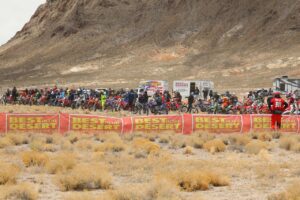 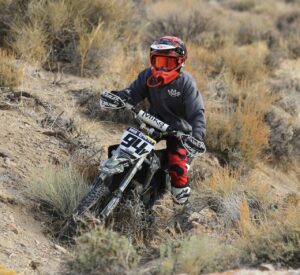 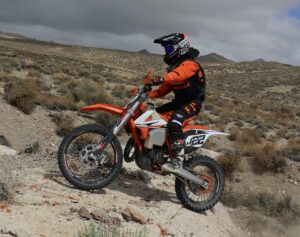 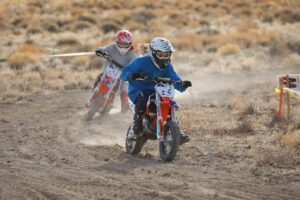