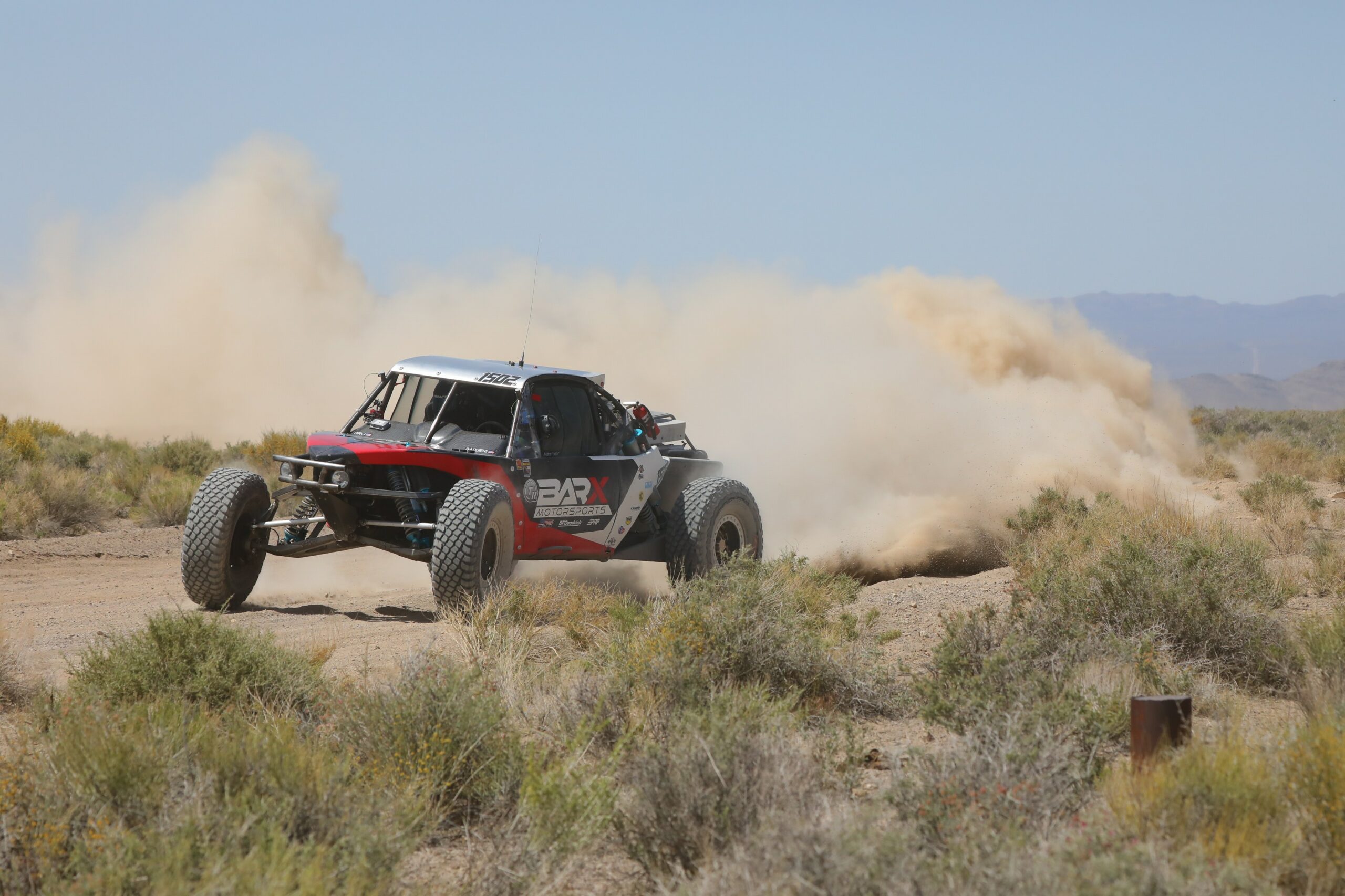 FOR IMMEDIATE RELEASE: LAS VEGAS, NV (May 2, 2022): Another fan and racer-favorite Silver State 300 has come to a close with some notable favorites taking their perspective classes and a few surprises along the way.

The event got started on Thursday, April 28, 2022, in Primm, Nevada with Tech, Registration, and  Contingency, Event Expo, and Time Trials. This scheduling was switched as events usually get started with Time Trials. However, because the Time Trials took place on Friday, more fans and viewers were able to attend and it gave the racers more time to prepare. The schedule change and holding the initial events in the same location were positively received by attendees.

Time Trials got started hard and fast on Friday, April 29, 2022, with qualifying laps taking place in class groups on a beautiful course in Primm, Nevada. Two UTVs raced in the Unlimited Car Classes with one taking fourth place overall while the other finished seventh, demonstrating the power and progression of UTV competition.

The winners were as follows:

Saturday was race day with the start of the course 35 miles north of Alamo, Nevada, this year running in reverse. Windy conditions helped keep dust off the course and competitors were eager to take top spots at the famous Silver State 300 while stacking points toward the Best In The Desert Series Championship. Motorcycle and Quad Classes got an early start off the line at 6 a.m.

After a tough 300 miles from point to point, Husqvarna Factory Racing’s Skyler Howes came up from the fourth place and won the MC Open Pro Class in 5:12:45, crossing the finish line five minutes before veteran team Jeremy Newton and Jeff Trulove.

Notably, the top three overall motorcycles posted the fastest times on the day.

Car, Truck, and UTV Classes got started mid-morning with vehicles crossing the finish line through the night. The racing was tight with seconds between UTV finishers. Plus, this was the first time a car won overall. Here are some highlights.

This marks the first time a car has won the overall title. Mitch Guthrie Jr. crossed the line a mere 12 seconds behind Barbieri in his Red Bull Factory Polaris RZR. Third place overall went to BJ Baldwin who took the Trick Truck Class but was plagued with minor issues throughout the race to hold him off the overall title.

Fourth place overall went to Justin “Bean” Smith who finished in 5:33:29 to take the 6100 Spec Class with Brent Fox close behind to take second in the 6100 Class and fifth place overall.

In the UTV Classes, winners of note include Can-Am’s Vito Ranuio who took the Turbo Production Class in 5:46:16 followed closely by Joe Terrana. #2901 Chris Blais won the Trophy Unlimited Class in 5:51:28, the third UTV time overall, while Max Eddy took the NA Production Class in 6:05:12 in his Polaris RZR, and Mitchell Alsup was the top racer in the UTV Super Stock Class finishing in his Can-Am in 6:06:44. Young female driver Hailey Hine won the UTV Sportsman Rally Class in 6:22:10, reminding racers and fans that she is one to look out for.

The unofficial results for the Jimco Racing Silver State 300 Presented by Maxxis Tires can be found here.

Best In The Desert racers, staff, volunteers, and fans will now have the summer months to prepare and look forward to the epic return of the Casey Folk’s Vegas to Reno, this year featuring Method Race Wheels as the presenting sponsor.

The famously grueling 500-mile race will take place on August 10-13, 2022 starting in Las Vegas and finishing in Reno.