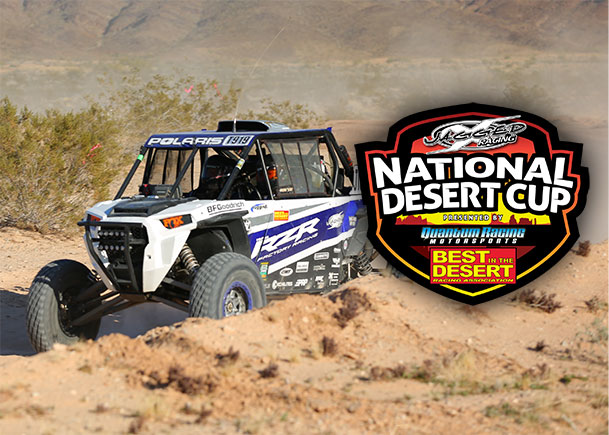 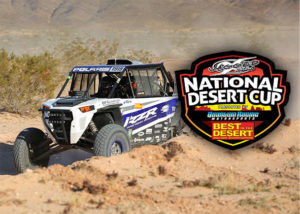 LAS VEGAS, NV (Feb. 26, 2020): The dust has barely settled in Laughlin, NV but it’s already time to start looking ahead to the next Best In The Desert event: the Jagged X National Desert Cup Presented by Quantum Motorsports going down on the weekend of March 20-22, 2020.

The race will be held in scenic Laughlin, NV once again which provides the perfect race environment for both competitors and spectators. The town lies right alongside the mighty Colorado River providing beautiful views, ideal off-road race conditions, and because it’s a casino town in Nevada, robust entertainment opportunities. Both residents and visitors love desert racing events and the atmosphere in the southern Nevada town is always electric.

As the fourth race in the Best In The Desert 2020 Series and the second race in the Four-Wheel Parts Youth 2020 Championship, the Jagged X National Desert Cup Presented by Quantum Motorsports is an event that everyone is looking forward to. If you were a fan of the UTV World Championship previously held in the spring in Laughlin, Nevada, the Jagged X National Desert Cup is the race for you. 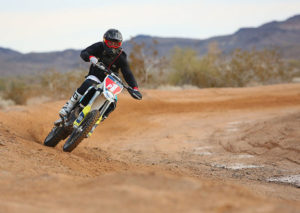 This year will be the first supercross-style race format complete with qualifying heats and last chance qualifiers (LCQs) leading to final events in all classes. Vehicles in an LCQ race compete head-to-head for spots in the main event, making for intense competition between racers. This year’s event, dubbed “A Desert Race in a Class of its Own” will be more exciting than ever as competitors battle it out in a different number of laps in each class on the demanding, feature-filled 17-mile loop.

“We are working very hard to keep our races interesting and fresh and are pulling out all the stops at the Jagged X National Desert Cup Presented by Quantum Motorsports,” commented Best In The Desert Race operations Mgr. Donald Jackson. “The new supercross-style qualifying format should be an interesting change to the racing experience. In addition, based on the overwhelmingly positive response from our last race, I have some great ideas as far as the track layout and infield design that should really make things fun and interesting for the racers.”

Originally known as the US Desert Scrambles, the Jagged X National Desert Cup Presented by Quantum Motorsports is open to bikes, quads, and UTVs. Motorcycle hare scrambles have a special place in the hearts of Best In The Desert fans. The first races that Best In The Desert founder Casey Folks ever organized were motorcycle-only events and the association rose to recognition with the US Hare Scrambles Championship in 1987, a cross-country off-road dirt bike lap race that challenged the best riders with tough terrain and serious obstacles.

The Jagged X National Desert Cup will be presented by Quantum Motorsports, a UTV full-service shop in Boulder City, NV. This is the first time Best In The Desert has partnered with Quantum Motorsports and it is exciting to have a new name behind the new-format race.

VP Racing Fuels will also be raffling off two drums of fuel both for motorcycles and quads and UTVs and special prize money will be available for race winners including $7,500 provided by Quantum Motorsports and $10,000 from Long Investments LLC in addition to Best In The Desert bonuses. There’s a lot to look forward to and Best In The Desert is excited to have such amazing supporters supplying such great prizes! 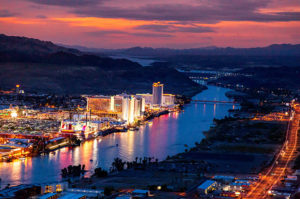 Racers camping at the event can mark their pits in the Main Parking Area starting Thursday, March 19, 2020. Alternatively, visitors can make reservations at the following hotels:

The event schedule is as follows:

Registration for competitors is open until March 17, 2020 (link found here).