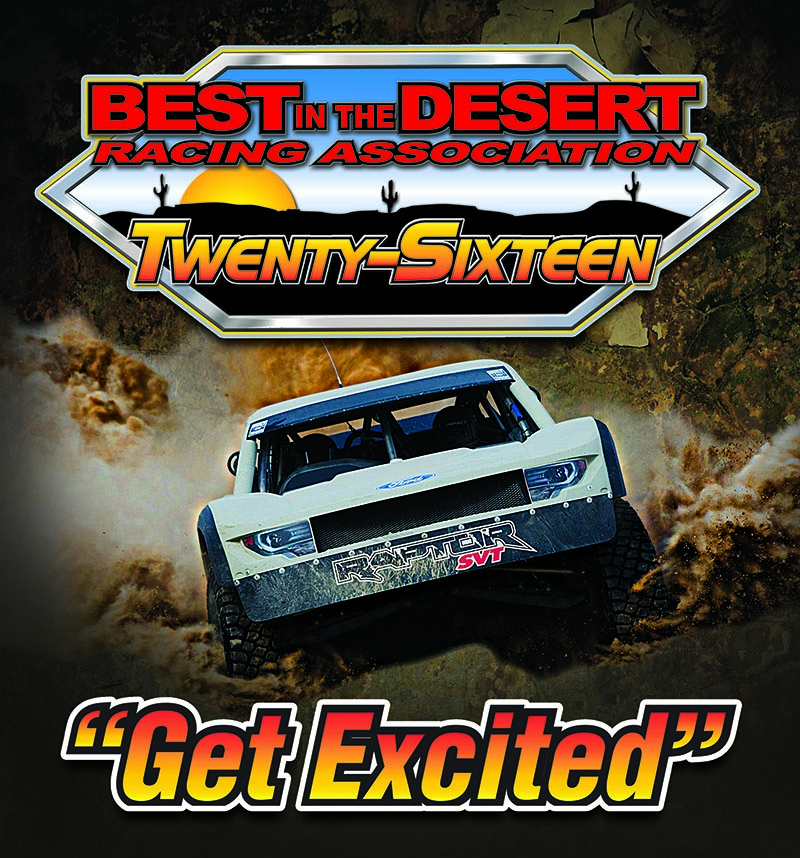 Casey Folks announced today some exciting changes and additions to the 2016 Best In The Desert race season. The announcement came at a special press conference held in Las Vegas prior to this year’s running of the General Tire “Vegas to Reno” presented by FOX.

The 2016 season will open with the traditional THR Motorsports Parker “250” presented by Polaris RZR. That will be followed by the BlueWater Resort & Casino Parker “425” presented by Impact, as “The Legend Lives On” for this historic race. Next up is the second annual running of the Polaris RZR UTV World Championship in Laughlin, Nevada. In March, downtown Las Vegas really comes to life with the world famous and hugely popular Polaris RZR Mint “400” presented by General Tire.

Now the season gets even more exciting with the introduction of the Method Race Wheels Laughlin Desert Classic presented by Canidae Tap It. The race replaces the Silver State “300” and is an all-new 2-day racing event along the Colorado River in Laughlin, Nevada.

Then, the 20th running of the General Tire “Vegas to Reno”…the Long Way, presented by FOX. This special 2-day event August 17-20, 2016 helps us commemorate the 20th year of this iconic event.

Next up is the Bluewater Desert Challenge, October 6-9, 2016, 2-day race in Parker Arizona.

And then, Henderson is replaced by an exciting race in Pahrump, Nevada, the Pahrump Nugget “250” presented by Supercross.com running December 1-4, 2016.

Quite an exciting year planned by Best in the Desert.

2016 Best In The Desert Race Schedule: