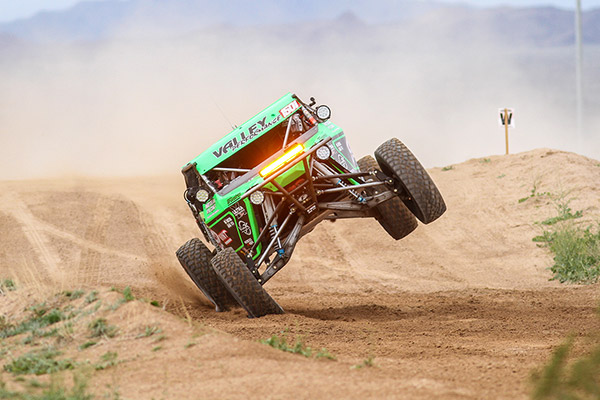 Everything You Need to Know About Best In The Desert

Racing has been a part of our culture since the rise of civilization. From foot races to chariot races to motor vehicle races, there is something about being faster than our peers that gives us a rush. It’s hard to imagine a better race course than a wide, flat desert with challenging features. Add in motor vehicles with impressive horsepower, terrain, and endurance and you’ve got yourself a competition.

Best In The Desert

Best In The Desert (BITD) is an off-road racing series that started in 1984 by Casey Folks, a decorated off-road motorcycle racer. The series started as a motorcycle racing association with the first two organized races held in 1985 and 1986. In 1987, the association became an official organization with three full race series including the World Championship Hare and Hound, the Las Vegas 300, and the US Hare Scrambles Championship. By the 1990s, the series added more and more events and BITD became a recognized name in the off-road racing community.

In 1996, Best In The Desert introduced four-wheel vehicles to their motorcycle series. All the most popular races in the BITD series, including the off-road race from Vegas to Reno, were now open to more classes of vehicles. By adding more events and allowing more classes to participate, BITD expanded its reach across the US.

The most notable BITD events over the past 35 years include:

Off-road racing takes place off-highway, on designated dirt roads that are usually on government recreational land regulated by the Bureau of Land Management (BLM). Desert racing courses are run on tracks ranging from 25 miles to 1,000 miles. The races are open to several different motor vehicles including:

Off-road racing competitions consist of long-distance desert racing and short course racing. There are also subcategories depending on the racing vehicle, or class. For instance, off-road desert races include point-to-point and loop races open to all vehicles while truck racing has its own events involving trick racing.

Point-to-point desert races take place over long distances starting in one location and ending in another. One of the most famous point-to-point race is the BITD Vegas to Reno, the longest off-road race in the United States. It is open to all vehicles, and depending on the event’s mileage, can take place over multiple days.

Loop races are desert races that start and end at one location. They take place on wide-open courses in the desert and also range in mileage. Loop races are open to all vehicles including trick trucks. Along the loop, there are a variety of features and challenging sections that drivers race over.

Short course races are run on closed courses usually no more than five miles long. The races are run both outside and inside stadiums. The courses consist of sharp or wide bank turns, washboard straightaways, and gravel pits among other challenges.

There are typically eight races in the Best In The Desert racing series each year. The remaining events for 2019 include:

The 2020 season starts in January 2020 and includes races BITD have become known for including the Laughlin Desert Classic and Vegas to Reno. The race schedule for 2020 includes:

Best In The Desert has rules and regulations to create competing classes. The events in this series welcome 25 different desert racing classes including:

Best In The Desert has seen some impressive racers in the past 35 years. Some notable names in the off-road racing world who raced with BITD include:

Future of Best In The Desert

Best In The Desert founder Casey Folks passed away in 2017. The series is now run by Casey’s two sons, Bryan and Daryl Folks. Other key players that keep the races safe, exciting, and affordable include Donald Jackson as Race Operations Manager, Liz Marshall as Event Coordinator, and Sheri Folks as Finance Manager.

With four decades behind BITD, we are excited to see what the future holds. There are plenty more areas to be explored and the world of off-road motorsports is not slowing down anytime soon. Like our founder, Casey Folks, we live life like an adventure. We invite you to come live your adventure with Best In The Desert.